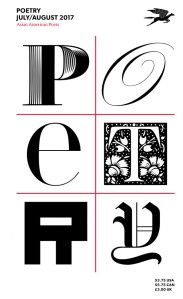 Did you know you can subscribe to a “poem of the day” at the Poetry Foundation website?  Every morning I get a new poem in my email, and I store them up like saving gift chocolates for a special occasion.  When I write, I like to open a recent “poem of the day” and pick a line that catches my imagination.  So many intriguing ideas or phrases have come out of this poetic exploration.

For instance, one of my stories that I wrote recently starts: “These eyes have never been enslaved.”  Where did that line come from?  Any guesses?  I’ll bet some of my poet-friends will know.  . . . .

. . . these hips
are free hips.
they don’t like to be held back.
these hips have never been enslaved,
they go where they want to go
they do what they want to do. . . .

My story is about a young woman whose brother has “sold his eyes” to a gang-like organization to raise some quick money.  Her family worries about her brother, who is becoming more distant and disturbed by the things he has to watch through his “enslaved eyes.”  She says she would never sell her eyes, but she worries about her brother and what will happen to him.  (It will be coming out soon on a UK science fiction journal e-publication …) 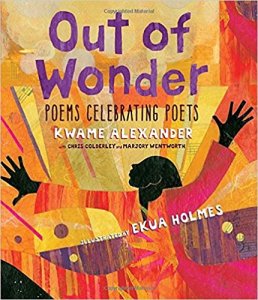 There is a poem by Nikki Giovanni called “A Poem on the Assassination of Robert F. Kennedy” that goes, in part:

Today I opened the children’s book of poetry by Kwame Alexander that I picked up last April, Out of Wonder.  The poems in this book are written “to celebrate” other famous poets’s poems.  In the book, Chris Colderley, one of the editors with Kwame Alexander, wrote a poem (“Snapshots”) celebrating Nikki Giovanni, which reads in part:

Here is my poem after Nikki Giovanni’s poem.

When You Come in After Midnight

Science fiction writer and mathematician View all posts by TheresaBarker

What do you think? Cancel reply